The European Union is Russia’s largest agricultural trading partner, and this cooperation has a long history. The imposition of sanctions on certain product groups in 2014 significantly affected trading relations. A gravity model helps us to understand and evaluate the characteristics of agricultural trade between countries. The aim of the research is to compare the agricultural trade flow between Russia and the European Union for the period 2000-2017, find some regularity, and estimate the influence of Russian sanctions using regression models for each European country and for particular types of agricultural products. The dataset sample consists of 12,096 observations and 29 countries. The gravity model of the dependence on Russia of imports and exports from each European country takes into account such variables as GDP (US dollar), distance (km) and dummies (a common border, common language, common history and seaport availability). The findings of the research are as follows: the classical gravity model is feasible for imports from Russia to EU countries. Thus, the smaller the distance between countries, the greater the trade flow between them, and the larger the GDP of both countries, the greater the trade flow between them. In addition, the gravity model is feasible not only for countries, but also for the particular group of products. The results of the cluster analysis show the impact of sanctions on each of 24 groups of products imported into Russia (not just those products that have been under Russian sanctions). It is possible to say that the impact of sanctions is deeper than previously thought. 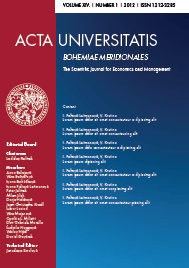